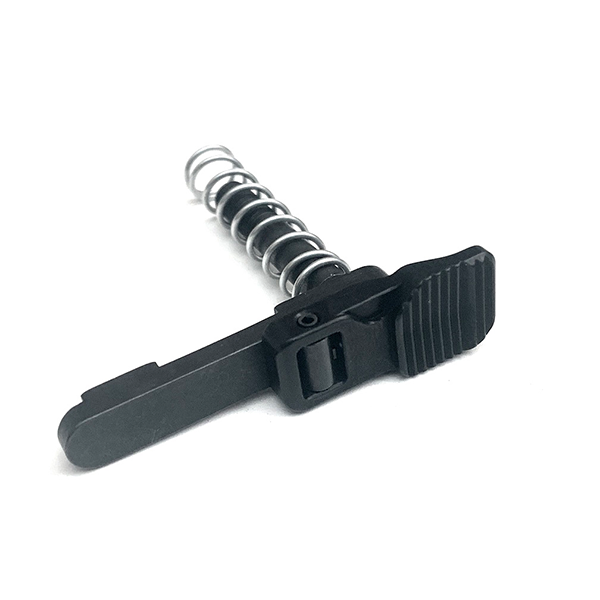 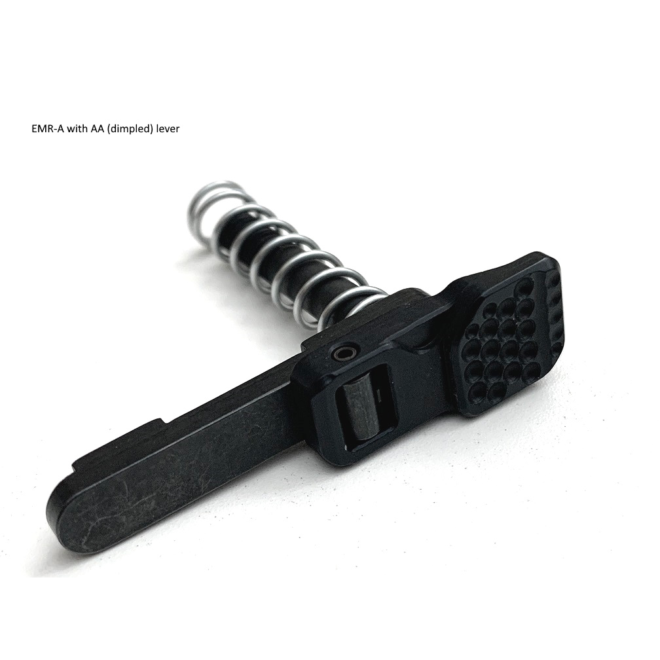 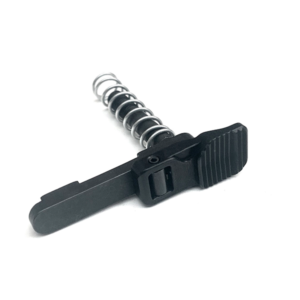 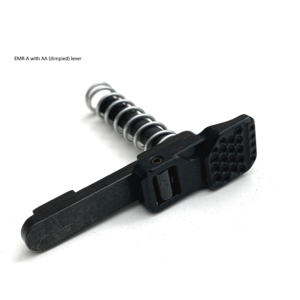 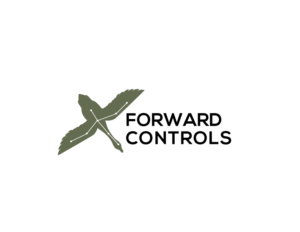 FCD EMR-A is an ergonomic ambidextrous magazine release. The placement of its lever is well thought out to closely mirror the magazine release button on the right side. The portion immediately below the bolt catch’s lower paddle has a lower profile to avoid interference, heretofore a common drawback of popular ambidextrous mag catches, it is also left smooth. The serrated length of the lever is split into a shallow V shaped serrations (80%) that conform to the curvature of the user’s finger, and straight serrations (20%) that form a natural index point, and provide additional traction. We refer to the design as Multi-faceted Control Surface, the difference it makes has to be felt to be fully appreciated.

Two lever options are available. Standard and Extended Reach (about 0.09″ longer than standard). Force amplification achieved from a lever means the extended reach lever is easier to reach, it’s also easier to press than the standard lever. For users with small hands or shorter fingers, the extended reach lever makes the EMR-A a joy to use. For duty and defense ARs, we recommend the standard lever.

A 10.9lb rated magazine catch spring is included with each EMR-A. We’ve long considered the standard magazine catch spring to be rather weak (rated at 8.3lb), accidental / unintended mag drops can take place if a user slings his weapon, and has gear and pouches on the vest. A stiffer mag catch spring mitigates these risks, thus it is an integral part in the EMR-A package.